How Finance broke its contract with society. One human’s story

My first lesson from a 20 year career in finance, was that Hollywood is a con. It all started with Wall Street and Trading Places… two classic films from a relatively privileged adolescence in 1980’s suburban Sydney, Australia. Part of me grew up actually believing a career in finance would consist entirely of sharp suits, orange juice futures (whatever they were!) and indulgent four hour lunches. At the time I had little sense of any wider purpose, or how finance impacted society.

When I started a new career in finance in the late 1990’s, my understanding of the industry’s broad role in society was limited. Thoughts of a sense of purpose, or deep professional fulfilment, were completely absent. It was simple really, I sought a healthier source of income than my initial career in marketing was offering, and finance looked like the best place to find it. It seems shallow now, but money was my dominant motivation for a career in finance.

In 2000, after a couple of years of working travel, I had a long term option to swap the subdued northern suburbs of Sydney with the vibrant heart of central London. This was a well trodden rite of passage for many Aussies and with good reason. I settled into London where, unlike on a previous UK visit, I was fortunate to find a buoyant job market. My prize was a role as an entry level product manager with a major global bank, and that kicked off a new chapter that would last 20 years.

My fledgling career was characterised by nervous excitement, fuelled by the colourful image of finance from my youth, and the City of London’s imposing presence and energy. To begin with there was lots of hard work, camaraderie, rewarding pay and travel. However, over time my experience slowly shifted. Work left me increasingly unfulfilled, and I found it very difficult to derive a sense of meaning or positive impact from the many hours invested. At its peak, the work environment could be entertaining and energising, but mostly it was dominated by a culture of control, conflict and congruity. To get ahead it was important to fit in, get with the program, be one of them – expressing divergent opinions or challenging norms just made you harder to promote.

Before the global financial crisis unfolded in early 2008, I’d accepted a new role as COO for a principal investing group (similar to private equity) within the bank. Viewed from inside the warm shelter of my finance cocoon, this was a relatively routine intra-career move to one of the more risky and opaque business groups within the bank.

Pausing briefly between roles, my wife Katie and I took a short beach break to recharge our batteries. I was doing what any self-absorbed young bank executive did on holiday in 2008, scanning my Blackberry (a solid Gen X reference!) for fear of missing out on something. A concerning news headline flashed up which was obviously bad, but the depth of its meaning was difficult to fathom. Bear Stearns, a not insignificant US investment bank, had just collapsed. I had no real sense for the ensuing economic and social avalanche that this snowball event signalled, and very few of my peers did either.

During the first 18 months in my new job we let 40% of our team go, flipped our investment strategy, and absorbed three smaller, stranded investing teams. A few years later, yielding to multiple pressures to reassess its risk tolerance, my firm decided to sell our business. Those few years following 2008 represented the most challenging professional period for many people across my industry. However I was under no illusion, we were the lucky ones.

A detached and reckless regard for credit from within our sector rippled widely through the economy with devastating effects. The evidence was all around me, and it was brutal. Senseless business closures, mass job losses, ruined retirements, lost homes, broken families, widened income inequality. For the first time in my career, it was impossible not to sense the critical and impactful position my industry occupied on behalf of society, and how totally lopsided the power balance had become.

After 2009, in a pivot towards rebuilding badly eroded public trust in the industry, an emphasis on culture and conduct became a key focal point for regulatory change. In the UK one prominent victim of the crisis was the industry regulator itself. The Financial Services Authority was abolished and in part replaced by the Financial Conduct Authority in 2013, with a mandate to change industry behaviours and police it more forcefully and effectively.

This seems a good moment to step back, and reflect on why we have a finance industry at all. Finance as a system exists because society lends it a license, in effect a social contract, to operate on its behalf. As part of this social contract, the industry is afforded many privileges by society (status, access, protection, power), and owes a variety of debts in return. Society’s primary expectation of the finance industry is simple – to facilitate commerce on its behalf, to connect capital supply with demand, and to help manage risk. That’s the intended relationship, yet somehow it became so much more complex than that.

A shift in this social contract can be traced back to the wave of US and UK deregulation in the mid 1980’s, which turbocharged an era of systemic change and risk taking across the industry. Over the next couple of decades, the traditional servant-master relationship between the finance industry and society flipped. Society inadvertently found itself in a situation of the tail wagging the dog. The world had become the finance industry’s playground.

Although it didn’t feel like it at the time, the financial crisis was the eye opening event many of my colleagues and I needed to experience. It triggered an expansive period of industry reform and reflection that continues today, and I had a front row seat to witness its initial impact. I look back on my finance career like a play with two acts: Act One – pre crisis, and Act Two – mid and post crisis.

As someone who had been fully ensconced in this world for years, up until the crisis hit it was almost impossible to fully appreciate the wider social obligations of big finance. All the rules that guided my work – the systems, laws, policies, cultural norms and values – were designed to direct the entirety of my attention towards achieving specific profit and risk objectives. The rules were very effective. Up to this point I simply had no real reason to explore, let alone challenge, my industry’s norms and behaviours. However, seeds had now been firmly sown in my mind, and a sense of purpose was finally germinating.

In my final years in the industry, I started to experience a real sense of agency for the first time. I wanted to make more sense of my work, my industry, and the broader context of both. This led to some pushing and prodding at what being a socially responsible company really meant, and gaining some understanding for how my work and that of my colleagues directly impacted the “outside world”.

I looked for opportunities to engage with a wider universe of people, and I utilised all of the tools available – networking, mentoring, philanthropy, volunteering, design thinking – to do this. Eventually I reached the conclusion that as long as I continued to work within the industry, I would be constrained. I needed to fully step outside of the cocoon to gain a better sense for what was missing.

Financial institutions continue to grapple with and absorb lessons from 2008. Green shoots are gradually emerging, such as the growing emphasis on ESG (Environmental, Social and Governance matters), with its well meaning if perhaps limiting “do less harm” origins. There are enormous opportunities ahead for bold institutions who genuinely want to understand their relationship with and impact on the world around them. The real, long term business opportunity lies in holistically embracing that wider social contract, not in bolting on more and more social impact programs and scorecards that feel totally at odds with the core business. Perhaps the real “win wins” come from looking at the heart of the business, rather than continuing to tinker around the edges.

If there is one word that gets to the root of big finance’s systemic challenge and opportunity, it’s connection. Connection in this context has nothing to do with technology, which is often seen as a panacea for a sustainable future. It has everything to do with encouraging and valuing human connections between a diverse mix of people. It refers to creating awareness of the outside world and wider social and environmental impacts. It means listening and empathising with different perspectives. It occurs informally between colleagues and unlocks diverse thinking and human creativity. It’s when people at work are encouraged to embrace, rather than hide, the full breadth of the personalities, values and interests that make them interesting.

Healthier connections will flow from a shift in the prevailing business view of people as resources, human capital or consumers of products, towards an understanding that people are a myriad of other things. They are citizens, family members, sports lovers, artists, care-givers and travellers. We need to rebalance the industry’s over-emphasis on spreadsheets, decks and reports, with a greater emphasis on health, heart and happiness.

Covid 19 is exposing and changing so many aspects of our lives. It is shining a light on the need to reconnect not just finance but all industries with their broader social contexts. Business can indeed build back better if it embraces the critical part it plays within much bigger and more complex systems. During this pandemic we have redefined and recognised who we view as society’s true key workers. My hope is that these tumultuous times have allowed more of us to pause, reflect a little and look forward to having different, bolder, and more connected conversations.

And as for my Hollywood fantasy where this all started? I’d be delighted if the silver screen’s portrayal of big finance as a lawless casino is now just an entertaining relic of the past. 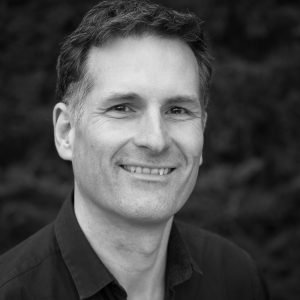 Murray is a co-founder of Wading Herons Group
Linkedin Twitter